Located a little off the beaten track, LK Metro is new up and coming area of Central Pattaya. Popular among the expat community, this short, 200 meter L-shaped street has seen a dramatic increase in it’s number of go-go bars over the last five years. Located between Soi Buakhao and Soi Diana, this whole area has seen a constant flow of investment and is now one of the fastest growing entertainment districts of Pattaya with many speculating the future of the naughty nightlife scene is set to move inland in an effort from the authorities to clean the image of the city.

While there is nowhere near the variety of choices found in Walking Street yet, the Soi LK Metro, Buakhao & Diana area are gaining notoriety and slowly becoming one the established premier nightlife zones of Pattaya. A few things do work in it’s favor, since the place is relatively new the go-go bars are large and modern, the price for the beers is a lot cheaper while the girls are still just as hot, more easy going and usually less pushy with drinks.

There a few places in particular that do stand out: Champagne Ago-go, run by a friendly Aussie features racy shows and is packed almost every night, Sugar Sugar, Crystal Club but there is still plenty of talent to be found in others. LK Metro also has a lot of outdoor beer bars and cafes that make it a nice spot for people-watching or grabbing a bite to eat without having to deal with the hordes of ‘zero-dollar’ Chinese tour groups or family tourists of Walking Street as it will take quite a while before they know this place ever exists.

Staff inside of the Go-Go bars of Soi LK Metro 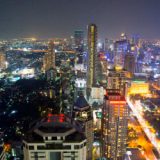 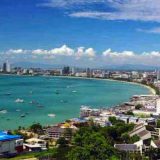 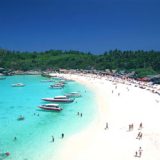 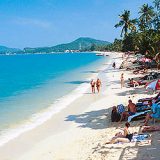